About IQoro and the treatment

My symptoms have gotten worse since I started with my training, is that normal?

Changes in your symptoms are natural and occur as your internal musculature strengthens.

In some cases symptoms can temporarily appear to be worse for some people. There can be several reasons for this; these are the most common ones:

This can lead to some symptoms worsening for a short period as the increased pressure temporarily leads to more reflux. It is important though that you continue to train with IQoro through this phase – it will soon get better!

Continue to take any symptom-relieving drugs that work for you as long as you wish. As your musculature strengthens you can reduce the dose successively.

I sometimes get blood in my mouth when I train with IQoro, is this normal?

It can happen that you get a little blood in your mouth when you train, usually for one of the following reasons:

– If you have had reflux, heartburn and thick phlegm in your throat, then your stomach acids have probably damaged the mucous membranes in your throat. Normally, the blood produced goes back into your stomach and you don’t notice it. When you train with IQoro you cause pressure changes which can cause this blood to come back up into your mouth. This is not dangerous. Sometimes the blood mixes with your saliva and makes the quantity seem more than it really is.

– An infection in the mucous membranes of the mouth or in a tooth or gums can lead to blood in the mouth. Excessive plaque can also result in more vulnerable membranes which are more likely to bleed. If it was a while since you last went to a dentist, it may be time for a new visit!

– Tender and more fragile mucous membranes are common side effects of some medicines.

Try to use a mirror, or ask someone to help, to see where in your mouth the blood is coming from. Speak to your doctor if you suspect that it is none of the above, or feel free to contact us again by mail or telephone.

My partner snores, and I have swallowing difficulties, can we use the same IQoro?

No. IQoro is approved by the authorities as a CE marked, Class 1 Medical Device for use by a single person.

Can training with IQoro cause any harm?

All the studies that we know of show no negative side-effects, nor does the company’s Quality Management System (QMS) record any serious adverse events. Training with IQoro merely stimulates and strengthens the body’s own natural in-built chain of muscles and nerve control systems.

In the beginning, training of under-used muscles can cause some soreness in the oral cavity, the neck, and deeper in the swallowing system – just like the first session in the gym for a long time, or the first day of the season on the ski slopes. This soreness soon disappears.

However, there are some conditions where the effect of IQoro training can have a more serious negative effect. Please contact us before ordering IQoro if you suffer from one of the following conditions.

– Trigeminal neuralgia: Short and intensive attacks of acute pain.This disease often begins in patients around 50 years old and is more common in women than in men. It affects around 6 people in every 100 000. The condition is classified as either classic- or symptomatic-trigeminal neuralgia. The former is probably caused by the mechanical effect of a trapped blood vessel pressing on the trigeminus nerve ending, or has no detectable cause at all. Symptomatic trigeminal neuralgia can have its origin in either a tumour or a neurological condition. It is not uncommon that the intense pain is wrongly ascribed as coming from the teeth or sinuses. In both types of this condition the right side of the face is twice as likely to be affected as the left. Since even brushing the teeth can trigger an attack, training with IQoro should be approached very carefully. 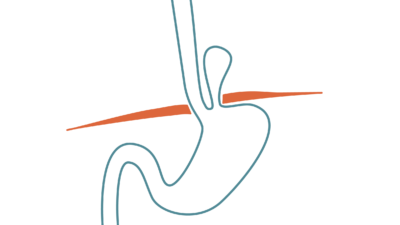 – Tinnitus: People with this condition can sometimes experience an altered hearing sensation after training with IQoro, probably because one of the nerves stimulated by IQoro emanates from the middle ear.

When is it safe to alter my diet?

The primary rule is that it is your doctor or clinician that must decide if you can change your medication, nutrition or hydration methods, diet, or other.

In the case of swallowing, one of the greatest risks is that of aspiration. That is to say that food or drink “goes down the wrong way” and this can lead to lung infections and pneumonia. This is the reason that healthcare professionals sometimes prescribe feeding by tube through the nose, or directly into the stomach – to avoid this so-called unsafe swallow. In other cases, they prescribe drink thickeners, or modified solid foods that they know are easier for you to swallow safely.

Because of the risks of aspiration, it is important that you consult with your Speech and Language Therapist or doctor before you change from what you have been previously advised to do – even when you are experiencing good improvement from your IQoro treatment.

Will I need to continue with maintenance training, once I have cured my symptoms?

Maybe. It depends on whether you are using IQoro to cure problems caused by neurological injury – like stroke, which has caused dysphagia or facial paralysis, or whether you are training because of a muscular weakness such as Hiatus hernia, snoring or apnoea.

If it is muscular weakness, then maintenance training will be required. Once you have achieved your desired result you should continue to train with a reduced number of sessions per day. You’ll need to find the right level for yourself.

My child has difficulty in speaking, can IQoro help?

Maybe. It depends on the reasons behind the speech difficulties. If they are caused by a muscular immaturity or weakness in the tongue, lips or throat, then there is a possibility for your child – with the help of IQoro – to train and strengthen his musculature and create the conditions to be able to form speech sounds correctly and thereby develop his verbal ability. But it is important that your child already has the understanding of how to speak, for IQoro to help.

Yes. IQoro cannot of course cure MS, Parkinson’s, ALS, or other progressive degenerative diseases. However, early intervention with IQoro training can contribute to retaining and maintaining as much as possible of the normal functions of the face, oral cavity, throat and down to the stomach.

IQoro trains and activates the body’s internal musculature, and has a positive effect on retaining the ability to be able to eat via the mouth, chew, use facial expressions, and produce speech sounds, for a longer time. Such treatment is therefore a good complement to traditional rehabilitation with physiotherapy, where one trains, for example, arms and legs.

Can I be too old to exercise with IQoro?

No. We have many people over the age of 85 that are training successfully: either alone, or with the help of an assistant. Some of these IQoro users are suffering from dementia too. Because the training time is short – totally 1½ minutes (30 seconds, three times per day) – even the weak and elderly can complete their exercises.

As an example, the county council in Hudiksvall in Sweden have implemented IQoro at a residential home for the elderly with the aim of strengthening their residents’ swallowing capacities. Swallowing difficulties become more prevalent with age and its related sicknesses.

Will I cure my symptoms more quickly if I train more often, and for a longer time?

No. Adding more training sessions, or performing all three sessions consecutively, will not give a better effect; more likely it will lead to overtraining and you will tire your muscles. For the same reason, don’t pull for more than 10 seconds at a time either.

How can IQoro be effective against so many different problems at the same time?

IQoro is used by people that had problems in being able to breathe, eat, smile or talk. The reason that IQoro is effective in treating so many problem areas at the same time, is because all these crucial functions use the same muscles and nerve pathways; albeit in different ways.

IQoro is a neuromuscular training device and regime that activates the body’s own pre-programmed systems: from the mouth, brain, and down to the stomach – a natural sequence of events through nerve pathways and muscles. This explains the positive effects that IQoro has on so many different difficulties.

My child wants to eat, but she says that her food just comes up again – and she’s losing weight. Could IQoro be the solution?

Yes. Many children and teenagers exercise with IQoro with great success. It is common that small children have an immature digestive tract and this can exhibit the same symptoms as an adult with Hiatus hernia. This immaturity usually disappears around the age of one year, but in some cases can persist and cause swallowing difficulties: reflux, or food being regurgitated. This is often misinterpreted as the child’s refusing to eat, but it is actually the case that she has difficulty in swallowing solids like meat, dry soft bread, rice or chicken: liquids are usually easier. Training with IQoro is just as effective for children as for adults.

Performance cookies are used to understand and analyze the key performance indexes of the website which helps in delivering a better user experience for the visitors.

Analytical cookies are used to understand how visitors interact with the website. These cookies help provide information on metrics the number of visitors, bounce rate, traffic source, etc.

Advertisement cookies are used to provide visitors with relevant ads and marketing campaigns. These cookies track visitors across websites and collect information to provide customized ads.

Other uncategorized cookies are those that are being analyzed and have not been classified into a category as yet.